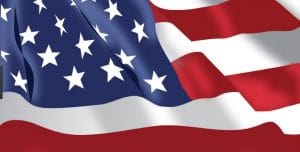 Flag Day is celebrated every year on June 14 to commemorate the date on which the flag of the United States was first raised. The earliest reference to a flag day being marked in America was in 1861, when the city of Hartford, Connecticut, is recorded as having held a “programme of patriotic order” on June 14. Although officially declared in 1916, a National Flag Day was not established by an Act of Congress until 1946.