Here are some top recommendations for Formed. 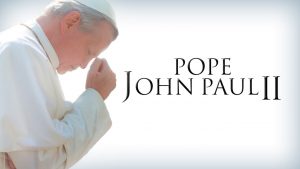 This epic film, Pope John Paul II,  follows Karol Wojtyla’s journey from his youth in Poland through his late days on the Chair of St. Peter. It explores his life behind the scenes: how he touched millions of people, changed the face of the Church and the world, and how he defended the dignity of mankind. Jon Voight’s powerful, Emmy-nominated performance as John Paul II was widely praised, as was Cary Elwes as the young Karol. Shot on location in Rome and Poland in close connection with the Vatican, this is the definitive epic film on the life of Pope John Paul II.  This movie was created with an adult audience in mind. It portrays the violence of World War II, so we recommend Parental Guidance and that parents preview it before watching with children. 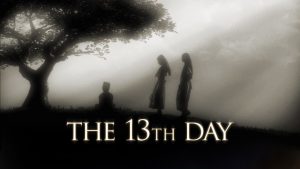 In a world torn apart by persecution, war, and oppression, three children in Fatima, Portugal, were chosen by God to offer an urgent message of hope to the world. Based on the memoirs of the oldest seer, Lucia Santos, and many thousands of independent eye-witness accounts, The 13th Day dramatizes the true story of three young shepherds who experienced six apparitions of Our Lady between May and October 1917, which culminated in the final prophesied Miracle of the Sun on October 13. Abducted from their homes, thrown into prison, and interrogated under the threat of death in the government’s attempt to silence them, the children remained true to their story about the crucial messages from Mary of prayer, repentance, and conversion for the world.  This movie also was created with an adult audience in mind so we recommend that parents preview it before watching with children.  (The Day the Sun Danced”  also on Formed in the Saints and Heroes collection, is an animated version of the Fatima story more suitable for children.)