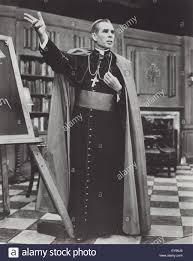 Our Blessed Lord declared that he was to be lifted up, as the serpent had been lifted up. As the brass serpent had the appearance of a serpent and yet lacked its venom, so too, when he would be lifted up upon the bars of the cross, he would have the appearance of a sinner and yet be without sin. As all who looked upon the brass serpent had been healed of the bite of the serpent, so all who looked upon him with love and faith would be healed of the bite of the serpent of evil.

It was not enough that the Son of God should come down from the heavens and appear as the Son of Man, for then he would have been a great teacher and a great example, but not a Redeemer. It was important for him to fulfill the purpose of the coming, to redeem man from sin while in the likeness of human flesh. Teachers change men by their lives; our Blessed Lord would change men by his death. The poison of hate, sensuality, and envy which is in the hearts of men could not be healed simply by wise exhortations and social reforms. The wage of sin is death, and therefore it was to be by death that sin would be atoned for. As in the ancient sacrifices the fire symbolically burned up the imputed sin along with the victim, so on the cross the world’s sin would be put away in Christ’s sufferings, for he would be upright as a priest and prostrate as a victim. The two greatest banners that were ever unfurled were the uplifted serpent and the uplifted Savior. And yet there was an infinite difference between them. The theater of one was the desert, and the audience was a few thousand Israelites; the theater of the other was the universe and the audience, the whole of mankind. From the one came a bodily healing, soon to be followed again by death; from the other flowed soul-healing, unto life everlasting.