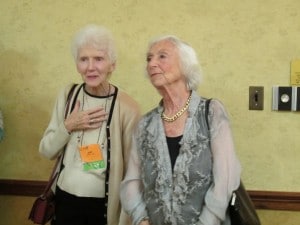 On Wednesday February 25, 2015 at 7: 00 PM, Sr. Judy Cauley, CSJ, will present : Following the Mystic  Path : A Spirituality for the Baptized – Pierre Teilhard  de Chardin, his life and mystical spirituality.  As we  gather in the hall, we welcome your friends and family!

Sr. Cauley served recently as a “thought partner” for Barbara Marx Hubbard, a global presenter and author on the topic of an evolutionary universe. Sr. Cauley is a committed life-long learner and spiritual journeyer.  As a graduate of The Sophia Center for Culture and Spirituality at  Holy Names University, her studies and research were based on the evolutionary theology of  Teilhard de Chardin.

“A pilgrim, priest and scientist, Teilhard de Chardin gave us an evolutionary worldview with Christ as the heart of the universe.  His original synthesis of religion, spirituality and science is the fruit of his mystical journey, a journey punctuated with both pain and ecstasy.   This evening of reflection, enriched by visual images, will draw attention to Teilhard as a prophet of hope whose “active mysticism” is a relevant spirituality for the 21st century.” ( Sr. Judy Cauley)