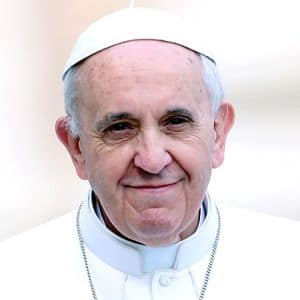 “The starting point of the Christian life is not our worthiness…Whenever we consider ourselves smarter or better than others, that is the beginning of the end. The Lord does not work miracles with those who consider themselves righteous, but with those who know themselves to be needy…Both [Peter and Paul] understood that holiness does not consist in exalting, but rather in humbling oneself. Holiness is not a contest, but a question of entrusting our own poverty each day to the Lord, who does great things for those who are lowly…What was the secret that made them persevere amid their weakness?  It was the Lord’s forgiveness…In their failings, they encountered the powerful mercy of the Lord, who gave them rebirth. In his forgiveness, they encountered irrepressible peace and joy.”